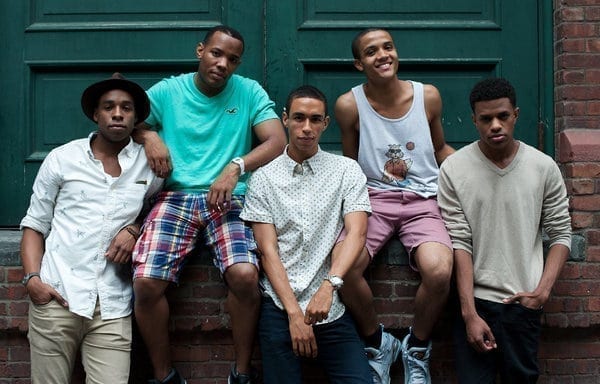 A Picture of Autumn, Unlock’d and Choir Boy

The Mint Theater Company, New York’s invaluable purveyor of neglected and forgotten plays, has found another gem in N.C. Hunter’s 1951 family drama, A Picture of Autumn.  Boasting an excellent cast led by George Morfogen, crisp direction by Gus Kaikkonen and a sumptuous set courtesy of Charles Morgan, audiences with parents approaching retirement will find A Picture of Autumn a surprisingly timely piece.  Set in 1951, it’s an insightful examination of one family’s coming to terms with aging parents and the emotional upheaval that occurs when those parents are faced with having to leave a house they’ve lived in for decades.  The cast is excellent.  Jonathan Hogan and Jill Tanner beautifully portray Sir Charles and Lady Margaret Denham who, along with Charles’ brother Harry – brilliantly played by Morfogen – find themselves unable to handle the size and upkeep of their family manor which has been inhabited by a Denham for centuries.  Their elder son Robert, his wife Elizabeth and their daughter Felicity, the spot-on Paul Niebanck, Katie Firth and Helen Cespedes, arrive for a visit with an offer from a school who wants to buy the manor convert it for their use.  Meanwhile, Robert’s lay-about, younger brother Frank, played by the dashing Christian Coulson (Tom Riddle in Harry Potter and the Chamber of Secrets) arrives looking for a handout and hoping to rekindle a romance that’s better left undisturbed.  The perfect summertime diversion, A Picture of Autumn will resonate deeply if you have an evening to spare.

Compared with their eye-rolling I Married Wyatt Earp and their cringe-making resuscitation of Cole Porter’s Nymph Errant, almost anything from Prospect Theater Co. would be an improvement.  This summer that improvement is Unlock’d, a sweet musical about two sisters (assisted by a trio of high-strung sylphs with serious wig issues) who fall in and out of love with two brothers (assisted by a trio of dim-witted gnomes with dreadlocks that rival those wigs), with a happy ending that’s a foregone conclusion.  And did I mention there’s a singing lock of hair named Beatrice?  First seen at the 2007 NYMF and (loosely) based on Alexander Pope’s The Rape of the Lock (1712), Unlock’d has serviceable music by Derek Gregor and a silly book & lyrics by Sam Carner.  Clearly influenced by composers like Ashman & Menken, Stephen Schwartz and David Friedman, Unlock’d is the poor man’s version of the ’97 flop The Triumph of Love.  Unlock’d’s score is tuneful and relatively well sung (the men tend to sing a bit flat but the women fare better) though it never really takes off and soars.  Its book and lyrics are competent and relatively well executed, but they’re never as clever and funny as you’re hoping they’ll be.  All told, you’ll have sat through much worse but I’m not sure that’s a ringing endorsement.

By the time you read this, the reviews will have come out for Tarell Alvin McCraney’s amazing new play, Choir Boy, and it will be impossible to get a ticket.  By turns funny, insightful, cruel, truthful, heartbreaking and life-affirming, McCraney’s story of Pharus Young (an astonishing Jeremy Pope, making his New York debut), a young, gay African-American man in an all-black, prep school who life reaches a critical impasse when his sexuality, spirituality and confidence converge with his ambition and love of music, is a play we haven’t seen before.  And all I can say is, “it’s about time!”  The entire cast is amazing, including Tony-winner Chuck Cooper as a torn headmaster, Austin Pendleton as a visiting professor with a past, and Grantham Coleman as Pharus’ understanding roommate Anthony.  Choir Boy speaks to a searing void in all of our hearts, a void that McCraney knows, understands and verbalizes with ruthlessness and compassion in equal measure.