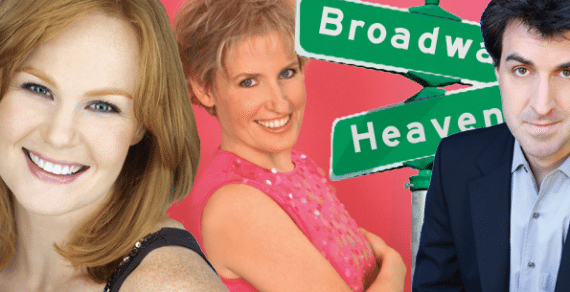 One of the most successful components in the Kaufman Music Center’s Broadway Close Up series is Bound for Broadway, an evening where audiences are treated to a ‘sneak preview’ of musicals in development, hopefully for a production on The Great White Way.  Their extremely successful formula includes a segment for each show being profiled where the creators are brought on to chat about the history and development of their show with the host, followed by the performance of two or three songs from the show’s score.  Key to this formula in recent years has been the presence of the luminous Liz Callaway as Bound for Broadway‘s smart and charismatic host.  Callaway, a legit Broadway star who knows a thing or two about how a show is put together, manages to simultaneously put her guests at ease while asking probing questions that further the conversation in a natural and interesting way.  Now in its 14th year, Bound for Broadway has been prescient in many of it’s choices, having spotlighted shows that have gone to Broadway and off-Broadway runs, most notably: Avenue Q, Feeling Electric (aka Next to Normal), High Fidelity, I Love You Because, The Drowsy Chaperone, The Kid, See Rock City, The Memory Show and Now. Here. This. 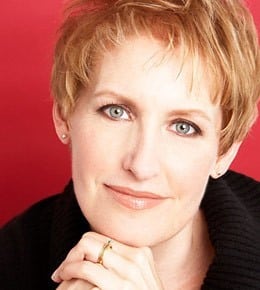 This year’s line-up on October 6th featured songs and chat from: Date of a Lifetime (book & lyrics by Carl Kissin; music by Rob Baumgartner, Jr.); When We Met (music & lyrics by Julianne Wick Davis; book by Dan Collins – in collaboration with Sally Wilfert and Michael Winther); Ever After (book & lyrics by Marcy Heisler; music by Zina Goldrich) and Tuck Everlasting (book by Claudia Shear; music by Chris Miller; lyrics by Nathan Tysen; directed & choreographed by Casey Nicholaw).  Though charmingly performed by lovely Farah Alvin and delightful Jamie LaVerdiere, the three songs from Date of a Lifetime (“Dog Talking Blues,” “You Listened” and “I Will”) were by far the most ‘basic’ of the material performed that night.  Baumgartner’s music, though tuneful, is rudimentary in both structure and harmony, and paled in comparison to the other shows presented during the course of the evening.

The evening’s revelation were the songs in When We Met – another boy meets girl awkwardly story – which were movingly performed by collaborators Sally Wilfert and Michael Winther.  From Winther’s scorching “Twenty Year Old Faces” to a pensive duet of “Morning-After Mornings” to Wilfert’s heart-wrenching “Jump In,” Julianne Wick Davis’ music and lyrics never failed to impress greatly.  Her music is highly complex with daring melodies juxtaposed with unexpected harmonies.  And her lyrics are smart and incisive, providing a canvass on which an actor can create and illuminate character.  Of course, it didn’t hurt that Wilfert (Make Me A Song: The Music of William Finn) and Winther (Songs From An Unmade Bed) are among the premiere interpreters of songs of any genre.  Their voices are utterly glorious and combine together to make musical theatre magic.  Let’s hope When We Met gets a full production soon as a showcase for Wilfert and Winther’s (and Davis and Collins’) gifts.

Ever After, which first appeared in Bound for Broadway in 2007, is based on the 1998 Andy Tennant film, Ever After: A Cinderella Story starring Drew Barrymore and Anjelica Huston.  It was due to come in to Broadway several years ago but got sidetracked by Disney’s revival of Cinderella.  The good news is that it will receive a production at Paper Mill Playhouse, May 21 thru June 21, 2015.  Handsome Geoff Packard (currently starring in Matilda) sang “Right Before My Eyes” with a ringing, lyric tenor that left me scrambling for my program to see who it was that had turned into Prince Charming right before my eyes.  Next, the amazing Julia Murney (a veteran of Wicked and star of Andrew Lippa’s masterpiece, The Wild Party) sang the wicked Stepmother’s “After All,” an introspective examination of the Stepmother’s motives and desires which Murney’s dramatic belt imbued with rich layers of depth and danger.  Finally, lyricist Heisler sang “Who Needs Love” with a plaintive urgency and understated charm that is characteristic of all of Heisler & Goldrich’s work together.  Their songs for Ever After have a ‘classic,’ old-fashioned Broadway ring to them (and that’s a compliment) while adding a contemporary layer of awareness to which kids and adults alike should be able to relate.  Fingers crossed for Ever After at Paper Mill.

Tuck Everlasting is based on Natalie Babbitt’s 1975 children’s, fantasy novel that was subsequently made into two films: a 1981 independent film starring Margaret Chamberlain and Paul Flessa; and a 2002 Disney film starring Alexis Bledel and Jonathan Jackson.  Chris Miller & Nathan Tysen’s score is well-crafted and melodic but, like their score for The Burnt Part Boys (a co-production of Playwrights Horizons and The Vineyard in 2010), the tuneful songs start to take off but never become airborne.  “Top of the World,” performed by Andrew Keenan Bolger, “Everlasting,” sung by Barrett Wilbert Weed and “My Most Beautiful Day,” handled by the evening’s host, Callaway, all suffer from the same structural deficit – just when you want the melody to climax and for the character to get their ‘big ending,’ it doesn’t come.  The songs aren’t bad; to the contrary, they exhibit deft structure and smart lyrics.  But there’s something missing in Miller & Tysen’s work that continues to hold them back from a major success.  Fortunately for them, Tuck Everlasting will receive a full production at the Alliance Theatre in Atlanta, Jan 21 thru Feb 22, 2015.