The dynamic conductor Osmo Vänskä, the off-again, on-again music director of the recently locked-out (but now back on-track) Minnesota Orchestra, returned to New York after an absence of several years to conduct the Mostly Mozart Festival orchestra in performances of Prokofiev, Shostakovich and Beethoven on August 8 & 9.  Beginning with Prokofiev’s Symphony No. 1 in D major, Op.  25 (“Classical”), it was clear that the meticulous Vänskä was firmly in control and knew exactly what he wanted from the orchestra.  Inspired by Haydn, Prokofiev’s No. 1 is a sumptuous work which blends Prokofiev’s modern aesthetic with the traditional classical elements of predecessors.  The orchestra’s playing of the Prokofiev was robust and sensitive with the many colors of the work clearly illuminated.

The showcase of the concert featured the Mostly Mozart debuts of the dazzling pianist Yuja Wang and wunderkind trumpeter Philip Cobb, who joined forces to play Shostakovich’s Concerto No. 1 for piano, trumpet and string orchestra in C minor, Op. 35.  Displaying her usual technical brilliance, Wang’s playing of this work (which should more rightly be called a piano concerto with a trumpet solo) was sprightly and full of colorful flourishes.  Shostakovich references and ‘quotes’ many other musical works in this piece, notably Beethoven, and Wang’s now legendary speed and crisp articulation lent itself well to bringing out these allusions.  Cobb, who became the joint-principal trumpet with the London Symphony Orchestra when he was only 21 years old (in July, 2009) played his long, languid lines of contrasting melodies with plushness and assuredness. 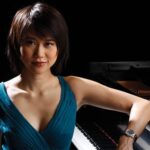 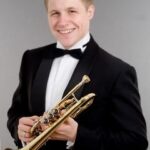 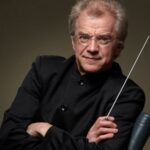 Vänskä concluded the program with a masterful performance of Beethoven’s shortest symphony, Symphony No. 8 in F major, Op. 93.  Superbly bringing out every supporting, hidden musical line, Vänskä coaxed a magnetic and thrilling rendering of this great work from his hard-working orchestra.