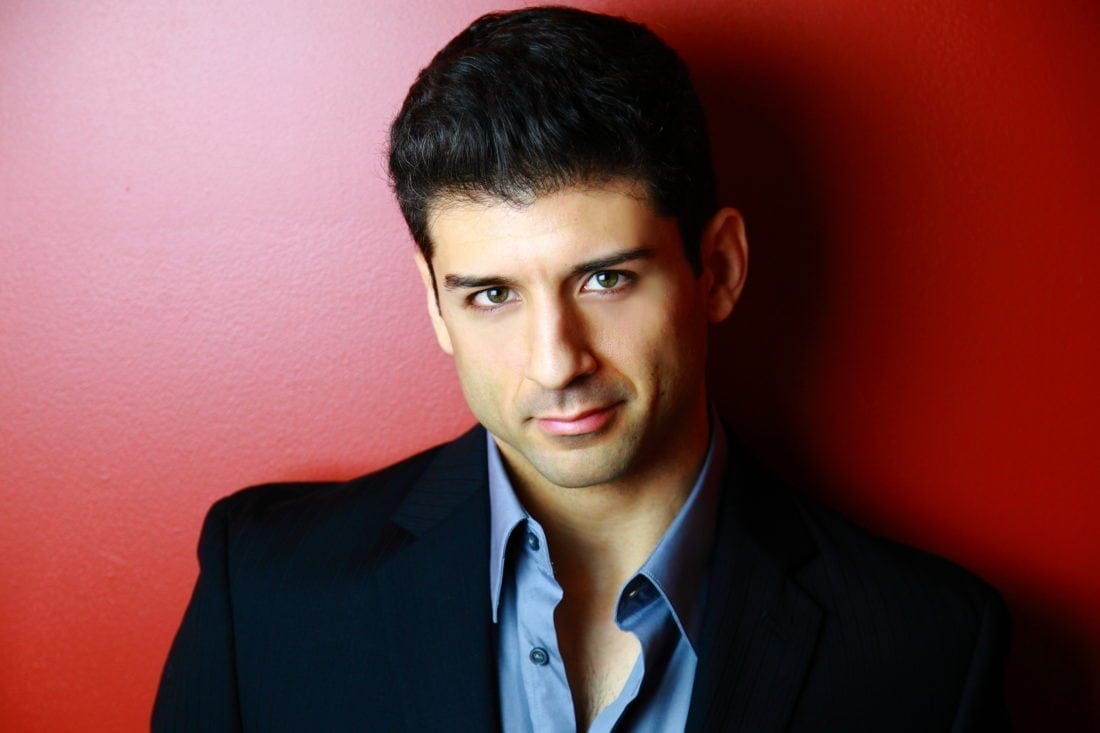 The Floor Above Me
54 Below – Broadway’s Supper Club

Long recognized as a dazzling, triple-threat performer, Tony Yazbeck is on the verge of becoming a bona fide star playing ‘Gabey’ in the upcoming Broadway revival of On The Town which begins previews September 20 at The Lyric.  Having played the role before, both at City Center Encores! (in 2008) and Barrington Stage Co. (in 2013), Yazbeck is undoubtedly ready to step into a bigger spotlight.  As a warm-up for Gabey, the sinfully handsome Yazbeck took to the stage at 54 Below for three nights this month in The Floor Above Me, an autobiographical cabaret show with a big twist – namely, tap-dancing.  Lots of it.  And all of it amazing!

After an opening medley of vintage tunes by Irving Berlin and the Gershwins, Yazbeck reminisced about first seeing Fred Astaire dance on television as a child (in Bethlehem, PA) and immediately realizing that ‘singing & dancing’ was what he wanted to do.  He also talked candidly about his parents divorce, and his supportive mother’s ruthless encouragement (some might say dictatorship) of his chosen profession which began early with dance lessons at Miss Jeanne’s School of Dance Arts at age 4, and, later, a role as a replacement ‘newsboy’ in the Tyne Daly production of Gypsy in 1990 when he was only 11 years old.  Eighteen years later, after being a ‘swing’ in Oklahoma (2002) and Never Gonna Dance (2003) and playing Al in the revival of A Chorus Line (2006), Yazbeck’s career would come full circle when he won the role of Tulsa in the Patti LuPone production of Gypsy which he proved was no fluke with a terrific performance of “All I Need Is The Girl,” complete with an electrifying tap break. 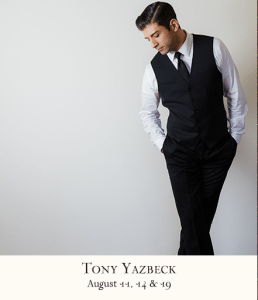 Yazbeck then invited fellow tapper Matthew Crowle on-stage with him to recreate the famous “Moses Supposes” number from Singin’ in the Rain and brought the house down with their sensational duet.  It didn’t hurt they had starred together in Chicago’s Drury Lane Oakbrook production of that classic musical in 2012, but their flawless synchronization and fancy footwork (on a stage the size of a postage-stamp!) was impressive, indeed.  Yazbeck might have wanted to ‘talk’ a bit more before launching into Coldplay’s “‘Til Kingdom Come” since he was – literally – panting for breath after such a strenuous workout.  Once recovered with the ballad, Yazbeck launched into a section that co-starred the beguiling Melinda Sullivan, best known for her appearance on Fox TV’s seventh season of So You Think You Can Dance where she was a finalist.  A ferocious tapper who’s also drop-dead gorgeous, Sullivan matched Yazbeck step for step in a dance-off medley that included songs as disparate as Leonard Cohen’s “Dance Me To the End of Love,” Jerome Kern’s “I Won’t Dance” and Irving Berlin’s “Cheek to Cheek”.  Their blazing intensity together was, in a word, thrilling. 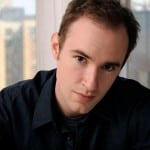 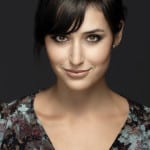 Yazbeck closed out his show with an eclectic mix of contemporary songs that included Jamie Cullum’s “Nothing I Do,” Martin Sexton’s “Where Did I Go Wrong” and Joni Mitchell’s “Both Sides Now.”  And, as you might imagine, he concluded with “So Lucky To Be Me” from his upcoming return to On The Town.  Unusual for an accomplished dancer, Yazbeck also possesses a superb lyric tenor which gains in control and timbre as he climbs the scale.  He produces an exciting, ringing sound in his top register that’s reminiscent of a young Tony Bennett or Vic Damone.  That he needs to work on his support and placement in his lower register is a minor quibble – but one he should address.  Yazbeck is fortunate to have great arrangements courtesy of his musical director Jerome Korman, who directs a top-notch band comprised of Tony Lewis on drums, Tom Hubbard on bass and Mark McGowan on trumpet.  If there’s a complaint about Yazbeck’s presentation it’s that the show’s scripted narrative sometimes sounds too scripted.  The challenge cabaret performers face, especially Broadway performers who are trying cabaret for the first time, is that cabaret requires an intimacy that’s very different from a ‘book-show’ in which a performer is portraying a specific character.  Being yourself on-stage is quite difficult, but Yazbeck seems to handle that with ease and charm.  Making what you want to say (your script) sound un-scripted and as if you’re making it up on the spur of the moment, however, is much more difficult.  But it’s clear that with time and a few more outings under his belt, Tony Yazbeck is going to be as accomplished in cabaret as he is on Broadway.  The Floor Above Me is an impressive and entertaining start.