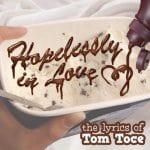 Hopelessly in Love – The Lyrics of Tom Toce
Tom Toce

A veteran of songwriting for more than 30 years, Tom Toce put together a terrific compilation of some of his best work with Hopelessly in Love – The Lyrics of Tom Toce.  Boasting the vocal talents of Carole Bufford, Jack Donahue and Jennifer Sheehan, as well as a special appearance by Jane Monheit, Toce’s gift for smart wordplay, introspective thoughts and an abundance of heart make for a revelatory new disc.  (LML Music) 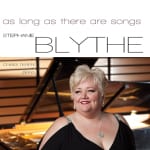 As Long As There Are Songs
Stephanie Blythe

Stephanie Blythe is best known as one of the premiere mezzo-sopranos in the world today.  But her new disc with pianist Craig Terry, As Long As There Are Songs, may vault her into the top echelon of artists who interpret the Great American Songbook.   From “Look for the Silver Lining” to “How Deep is the Ocean” to “White Cliffs of Dover,” Blythe’s glorious voice is utterly thrilling.  (Innova Records) 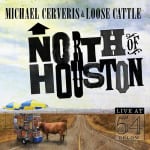 North of Houston – Live at 54 Below
Michael Cerveris & Loose Cattle

Kick off your cowboy boots, grab an ice-cold longneck out of the fridge and put on Michael Cerveris & Loose Cattle’s country-flavored North of Houston to shake off your cold-winter blues!  Recorded live at 54 Below, Cerveris is joined by the sweet-voiced Kimberly Kaye, Gabriel Caplan, Jon Graboff, Alex Harvey, Justin Smith, Lorenzo Wolff and Eddy Zweiback on what can only be described as a rollicking good time.  (Broadway Records)