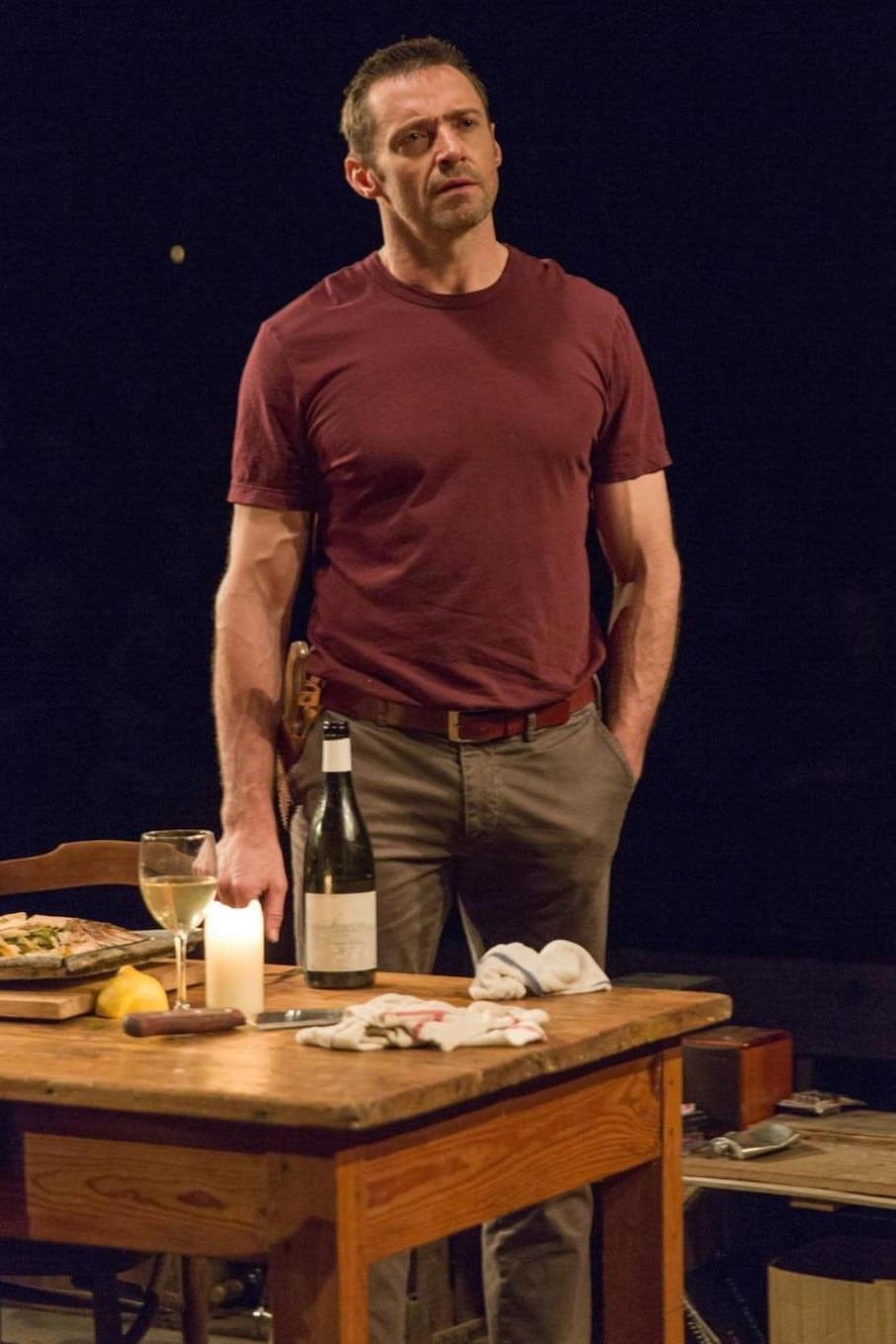 Posted by David Hurst
· No Comments
Hugh Jackman as ‘The Man’ in Jezz Butterworth’s “The River” (photo: Richard Termine)

Of course, a talent like Hugh Jackman – perhaps the only leading man on the face of the Earth who’s both a film superstar and a Tony-winning singer who can carry a Broadway musical – can choose any vehicle he wants in which to appear.  And I understand that, following The Boy from Oz (2003), A Steady Rain (2009) and Hugh Jackman, Back On Broadway (2011), it was time for him to do another straight play instead of a musical.  (Jackman doesn’t want to be pigeonholed into being only a song & dance man, and who can blame him.)  I only wish his taste in drama equalled his taste in musicals.  For despite a solid performance as a man battling memories, women and seatrout, his latest theatrical outing, Jezz Butterworth’s The River, is a waste of time – both his and ours. 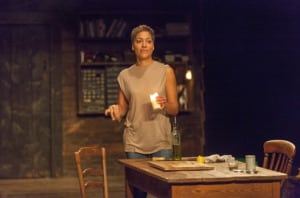 It’s hard to describe The River without giving away too much of the plot – and nobody likes a spoiler, especially at these prices.  Directed on Broadway as it was at London’s Royal Court by Ian Rickson, who also helmed Butterworth’s Jerusalem with Mark Rylance in 2011, The River is an atmospheric production that takes place in a fishing cabin where a man played by Jackman is confronted by his latest girlfriend about the status of their relationship.  The dialogue alternates between mundane, conversational back-and-forth with symbolic imagery stuffed with lemon and herbs.  (The long 5-minute segment in which the audience watches Jackman prepare and cook a fish is the undisputed highlight of the evening!)  Butterworth’s writing is purposefully cryptic leading the audience to wonder: is this a mystery, a memory or a metaphor – or all three?  Unfortunately, there’s no dramatic or emotional payoff after the 85 intermission-less minutes.  Only the question as to why Jackman said ‘yes’ to this play instead of, well, anything else. 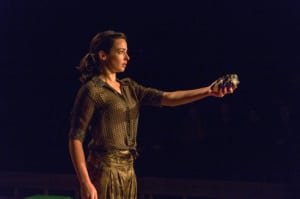