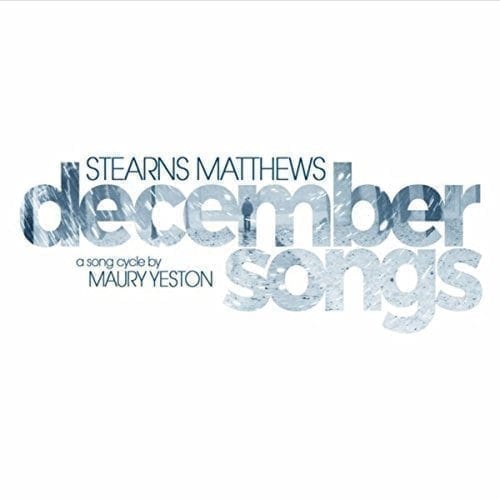 If anyone can thaw your heart during the freezing winter of 2018, Stearns Matthews and his landmark recording of Maury Yeston’s haunting song cycle, December Songs, can.  Originally written in 1991 as a commission for Carnegie Hall’s centennial celebration, December Songs was premiered by the cabaret chanteuse Andrea Marcovicci.  It’s been recorded in English by Marcovicci, Isabelle George (who also recorded it in French), Harolyn Blackwell, Hetty Sponselee, Sheila Conolly and, most recently, by the Tony-nominated Broadway star Laura Osnes who included the cycle on her gorgeous 2013 recording, If I Tell You – The Songs of Maury Yeston on PS Classics.   There are also recordings in German (Pia Douwes) and Polish (Edyta Krzemien) but I digress.  Matthews new, self-produced release of Yeston’s cycle is a revelation not just because it’s a man singing, but because he sings it so beautifully and with such insightful sensitivity.

December Songs is essentially a retelling of Franz Schubert’s 1827 classical song cycle, Winterreise, in which a man travels through a linked sequence of reflections on his life and lost loves over the course of 22 poems by Wilhelm Müller.  Matthews, a Bistro and MAC Award winning vocalist, dives into Yeston’s cycle with confidence and artistry.  His soaring, lyric tenor is a perfect conduit for Yeston’s intricate melodies that comprise the ten songs in his cycle.  Yeston’s songs blend a classical underpinning with his Broadway flair (Nine, Grand Hotel, Titanic, etc.) that makes for a sophisticated collection of songs accessible to anyone who may fear classical music.  Wisely, Matthews brings an ‘everyman’ sensibility to his performance that roots his performance in solid ground while giving himself the license to paint Yeston’s lyrics with vocal colors and flourishes.  “Please Let’s Not Even Say Hello” has a new urgency with Matthews plaintive quality, and “Bookseller In The Rain” conveys a haunting darkness I hadn’t heard before.  “I Am Longing” has an aching loneliness that’s palpable and “My Grandmother’s Love Letters” has an entirely new sensibility in the hands of a man.  (Note: Though he didn’t record the entire cycle, Philip Chaffin contributed a ravishing recording of “I Am Longing” on PS Classics’ 2003 release, The Maury Yeston Songbook.)

Modestly packaged with excellent liner notes courtesy of Barry Kleinbort, the arrangements on Matthews’ December Songs are lovely and beautifully performed by Markus Grae-Hauck (piano), Amy Crafton (clarinet, bass clarinet & soprano saxophone) and Dave Richards (contrabass).  If there’s a quibble with Matthews new disc, it’s that – at only ten songs – it truly leaves you wanting more.  But in a good way.  Perhaps when he hears this superb December Songs recording, Maury Yeston will write Matthews a new song cycle all his own.  “I Had A Dream About You,” indeed! 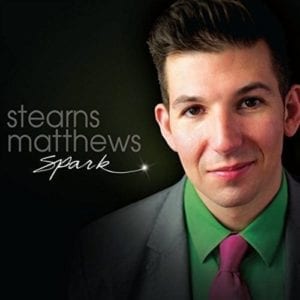