Samson and Delilah, A Night With Janis Joplin and A Gentleman’s Guide to Love and Murder 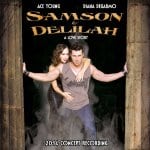 Ron Yatter’s vanity recording of his ‘Samson and Delilah’ would be a total embarrassment without the presence of husband and wife, Ace Young and Diana DeGarmo.  Both are former American Idol contestants who met and fell in love while performing in Hair.  They both have solid voices but can do little to salvage Yatter’s flat, insipid songs from the obscurity they so richly deserve. (Broadway Records) 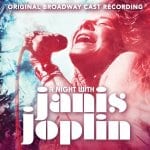 The music and the performers, particularly Mary Bridget Davies as Janis, were the only reason to see A Night With Janis Joplin on Broadway and that remains true with the new cast recording.  Davies channels Joplin with a ferocious vibrancy that will knock your socks off, while the supporting cast turn it out bringing life to all of Joplin’s early musical influences. (Broadway Records) 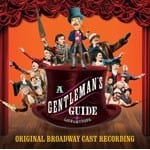 Now a bona-fide hit, Steven Lutvak & Robert L. Freeman’s delicious comedy, A Gentleman’s Guide to Love and Murder, is as delightful on disc as it is in the theatre.  Boasting the superb voices of Bryce Pinkham, Lisa O’Hare and Lauren Worsham, as well as the comedic gifts of Jefferson Mays, Gentleman’s Guide is filled to bursting with ear-catching melodies and Noel Coward-esque lyrics. (Ghostlight Records)