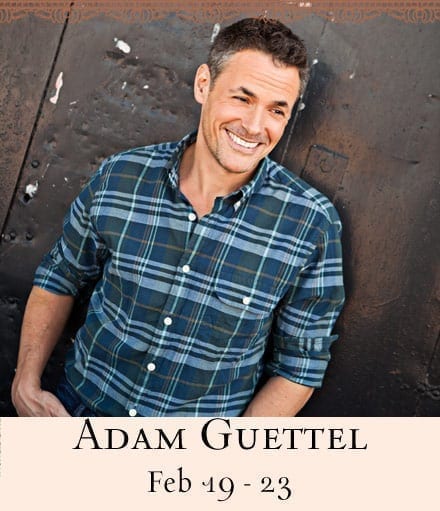 Really Really, Adam Guettel, Give Me Fever, The Madrid and Passion

Really Really is ridiculous, The Madrid is pointless, and Passion is perfection!

There’s a lot of shouting in Paul Downs Colaizzo’s Really Really, but it produces little more than eye rolling and exasperation for its audience.  Directed with swift efficiency by David Cromer, Really Really starts off as a provocative, he-said-she-said tale of collegiate sex turned possible date rape.  Unfortunately, it quickly goes off the rails with ridiculous contrivances and not one but two, closeted, self-hating gay characters.  One aspect of Really Really that’s gone unmentioned is the ridiculously buff bodies on display courtesy of actors David Hull and Matt Lauria who play roommates and rugby teammates.  It’s easy to see why Cromer cast them, but their steroid-induced, zero-body fat, hairless, chiseled bodies become distracting.  Everyone knows straight men don’t have bodies like that (even rugby players) – only gay men and runway models look that good!

Tony-winner Adam Guettel played a rare engagement at 54 Below last month to critical acclaim.   As handsome as he is talented, Guettel’s distinctive songs are filled with exquisite melodies, complicated rhythms and profound lyrics.  The grandson of Richard Rodgers (whose collaborations with Lorenz Hart and Oscar Hammerstein II are legendary) and the son of Mary Rodgers (who wrote the music for Once Upon a Mattress), Guettel’s show included selections from his ravishing scores for The Light in the Piazza, Floyd Collins and Myths and Hymns as well as several new songs from shows on which he’s currently working.  These include an adaptation of Danny Boyle’s 2004 film Millions and a musical version of Blake Edwards’ 1962 film The Days of Wine and Roses.  With a superb band led by Kim Grigsby and special guests Steven Pasquale and Whitney Bashor, every song was stellar, especially Pasquale’s gorgeous reading of “Hero and Leander” and his spectacular performance of “Il Mondo Era Vuoto” from Piazza.  Thank goodness Pasquale’s new series on NBC (Do No Harm) has been canceled so he’ll be available to star in more musicals.

The 92nd St Y’s “Lyrics & Lyricists” series knocked it out of the park Feb 23-25 with Give Me Fever: The Many Voices of Peggy Lee.  Smoothly narrated and overseen by musical director Billy Stritch, the cast included a quartet of terrific women who each brought something fresh and distinctive to Lee’s oeuvre as both a performer and lyricist.  From the sassy LaTanya Hall, to a silky-smooth Barbara Fasano, to the brassy Gabrielle Stravelli, to ultimate survivor Marilyn Maye, Lee’s music was well-served and beautifully presented.

It’s easy to summarize Liz Flahive’s The Madrid at MTC: great cast, lousy play!  Currently a producer on Showtime’s Nurse Jackie, it’s easy to see why Flahive would want to write a play for the multi-talented and charismatic Edie Falco.  Unfortunately, the result makes her 2008 play at MTC, the flawed From Up Here starring Julie White, look like a masterpiece.  The Madrid is about a woman who walks away from her family, her job and her life, leaving all the people in her life to wonder what happened to her and why she left.  Despite a running time of more than two hours, Flahive’s script never spells out the reason and Falco’s talent is wasted – much like the audience’s time.

If you swore you’d never sit through Stephen Sondheim’s Passion ever again, the Classic Stage Company’s gorgeous revival will change your mind.  Simply and economically staged by John Doyle with a superb orchestra of nine led by Rob Berman (playing revised orchestrations by the great Jonathan Tunick who did the originals), this gloriously intimate and stunningly sung production makes the most persuasive case for Passion to date.  As Fosca, Judy Kuhn is vividly haunting.  As Clara, Melissa Errico is exquisitely prefect.  And as Giorgio, the handsome and virile Ryan Silverman is a revelation.  Beautifully lit and designed, this truly passionate Passion is not to be missed!