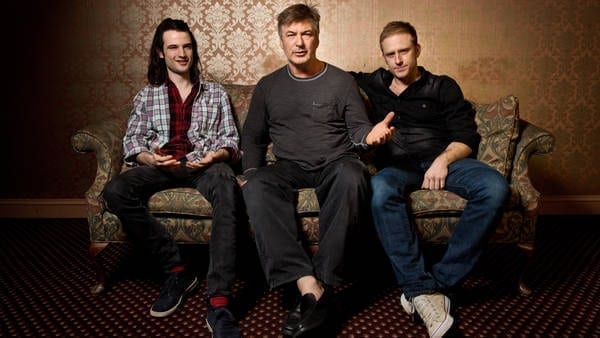 Orphans, Macbeth, The Trip to Bountiful and Pippin

Orphans is a showcase, Macbeth is messy, Bountiful is life affirming, and Pippin is death defying!

Actors love Lyle Kessler’s Orphans and why shouldn’t they?  The story of two wildly dysfunctional brothers, Treat and Phillip, who’ve raised themselves without parents in North Philadelphia and the man they kidnap, Harold, who turns into a father figure, Orphans is a literal showcase for three actors who can pull out all the stops and do some serious emoting on-stage.  First seen in Los Angeles in 1983, Orphans became famous in1985 when Gary Sinise directed it at Steppenwolf in Chicago with John Mahoney, Terry Kinney and Kevin Anderson whereupon it moved to off-Broadway and launched the film and television careers of its three stars.  It’s not a great piece of drama, but it’s a solid blend of realism and absurdism that, in the right hands and with the right cast, can make for a provocative evening of black comedy.  Unfortunately, in the current revival making its Broadway debut, only two of the three performers knock it out of the park, which leads to an imbalance and a less than successful overall production.   Ben Foster is a revelation as the older brother Treat and Tom Sturridge is extraordinary as younger brother Philip.  It’s Alec Baldwin who can’t quite shake his television celebrity from 30 Rock who’s the weak link of the triumvirate.  He’s not bad, but he can never quite disappear into the character of Harold the way his co-stars do as Treat and Philip.  Smoothly directed by Daniel Sullivan, Orphans still packs a wallop and its ending, especially in the hands of Foster and Sturridge, remains a devastating theatrical moment.

Horton Foote’s heartfelt, if sentimental, drama, The Trip to Bountiful, is receiving a superb revival courtesy of director Michael Wilson and a star-studded cast.  The legendary Cicely Tyson has returned to Broadway after thirty years to essay Carrie Watts, an elderly woman who just wants to see her hometown in Texas again before she dies.  If you’ve seen Tyson in such 1970’s landmark films as Sounder, Roots and, her greatest triumph, The Autobiography of Miss Jane Pittman, you’ll be thrilled and amazed to see this 88-year old actress in a role she seems born to play.  Additionally, you’ll enjoy the terrific supporting cast, Vanessa Williams, Cuba Gooding, Jr., Condola Rashad, Tom Wopat and Arthur French, who all seem to be pinching themselves to believe their good luck.

And Diane Paulus’s circus-inspired revival of Stephen Schwartz and Roger O. Hirson’s Pippin is a smash hit that’s a treat to watch, despite some quibbles.  One of Bob Fosse’s singular achievements from 1972 (he won the Tony, Emmy and Oscar that year – a triple crown that’s yet to be duplicated), Pippin has been widely produced in high schools, colleges and community theatres for decades but you’ve never seen it quite like this before.  Starring the handsome and talented Matthew James Thomas in the title role, Paulus has set this troupe of performers ‘putting on a show’ in a circus created by Gypsy Snider the co-founder of Montreal’s Les 7 doigts de la main (7 fingers), as well as the choreography of Chet Walker, a Fosse acolyte who recreates some of Fosse’s inspired original work here.  The cast, including Terrence Mann, Charlotte D’Amboise, Rachel Bay Jones and an unleashed Andrea Martin is terrific, including the lovely Patina Miller as the Leading Player, and the show is a joy!