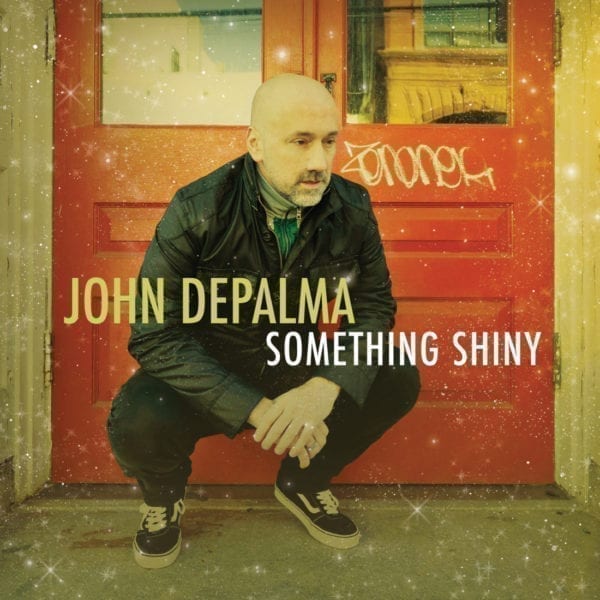 Seventeen years ago in 2002, John DePalma released The Song Is Mine and I fell in love.  Recorded live at Don’t Tell Mama with sensational arrangements and musical direction by James Followell, DePalma’s gorgeous, lyric baritone was a revelation.  His was an easy-going voice with a simple delivery that placed the emphasis squarely where it belongs – on the lyric and the emotional context of the song.  A Kenny Rankin or John Denver or James Taylor for our generation, if you will.  Suffice it to say The Song Is Mine quickly entered permanent rotation on my iTunes, where it remains, and I began dreaming about DePalma’s next studio disc because…well, there just had to be another one.  And good things come to those who wait…even for seventeen years.  Let me be the first to shout from the rooftops that DePalma has returned, finally.  And, yes, it was worth the wait. 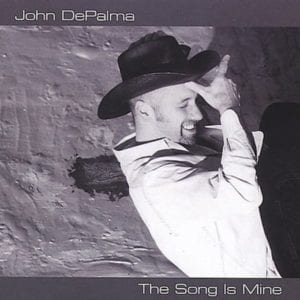 His long-awaited follow up, Something Shiny, is a fantastic disc.  A musical homage to the ten years DePalma lived in New York City, from 1998-2008, Something Shiny is an eclectic and ambitious collection of songs that show off his still beautiful voice to full advantage.  DePalma’s selections survey “the alienation, aloneness, acceptance, hope, love and joy” he felt while living there.  So there’s a wealth of riches to work with, and almost every song is a highlight.

Opening with a haunting excerpt from Elton John & Bernie Taupin’s “Mona Lisa and Mad Hatters,” Something Shiny segues into an original song by DePalma and Followell called “Strange Place,” a catalogue of the hopes and fears of a newly arrived soul trying to find his place on New York’s intimidating streets.  The disc takes its title from a lyric in “Strange Place” so pay attention.  Not unlike Sondheim’s “Another Hundred People,” “Strange Place is a cautionary tale of a city that can eat you up if your heart and mind aren’t resilient.  Hoagy Carmichael & Johnny Mercer’s timeless “Skylark,” a paean to optimism and hopefulness, with a lovely acoustic guitar accompaniment courtesy of Jeff Campbell, is a savvy juxtaposition.

Tim DiPasqua’s “Monster Under These Conditions” is next, with all its glorious contradictions and confessions.  DiPasqua, a celebrated performer and songwriter in his own right, plays the piano and contributes arrangements on much of DePalma’s disc.  But DePalma puts his own unique spin on “Monster” and it’s a winner.  The vocal arrangements by producer Kevin Jasper on this and the rest of the disc are ravishing.  Another terrific original song follows with “If I Had Words (If I Had Songs)” by Jonathan Hodge and DePalma, followed by Joni Mitchell’s “A Night in the City” and “You Belong to Me” by Chilton Price, Pee Wee King and Redd Stewart, which conclude the first half of the disc.

The sublime ballad “Sleepy Man” from The Robber Bridegroom, by Robert Waldman & Alfred Uhry, opens the second half of Something Shiny and, somewhat unexpectedly, has a driving, pop arrangement instead of a dreamy, acoustic guitar accompaniment.  For the record, as much as I like the pop treatment I hope to someday hear DePalma sing it with solo guitar as well.  Next up is Tom Waits classic “Rainbow Sleeves” which DePalma serves up in a silky, soaring rendition with lush, background vocals that will tug at your heartstrings.  My favorite selection on Something Shiny may be Michael Holland’s brilliant “Dollar Margarita Night,” an indictment of the bar scene which breeds desperation and loneliness in equal measure.  Holland, a supremely gifted writer and performer, first recorded the song as a bonus track on his now-out-of-print, second studio disc, Thank You for the Afghan (1996) and DePalma does a beautiful job with it.  (Note: both Holland’s Afghan and his first disc, Everybody’s A Jerk (1993), also out of print, are well-worth tracking down on E-bay and select yard sales of music types who have exceptionally good taste.  They’re both brilliant.)

Something Shiny concludes with four songs which bring DePalma’s journey in New York City full-circle: from Dar Williams’ haunting ballad about letting go of love “The One Who Knows”; Randy Newman’s reflective “I Think It’s Going To Rain Today”; a wonderful new original by DePalma and Followell again, “Goodbye New York” (which doesn’t need explanation) and Oscar Levant & Edward Heyman’s poignant “Blame It On My Youth,” the perfect capstone for DePalma’s journey back in time and musical reminiscences.  Whether you’ve been waiting patiently for DePalma’s sophomore effort or have never heard him before, Something Shiny is an essential addition to every serious music fan’s collection.  Its production values are superb and DePalma’s voice is intoxicating.