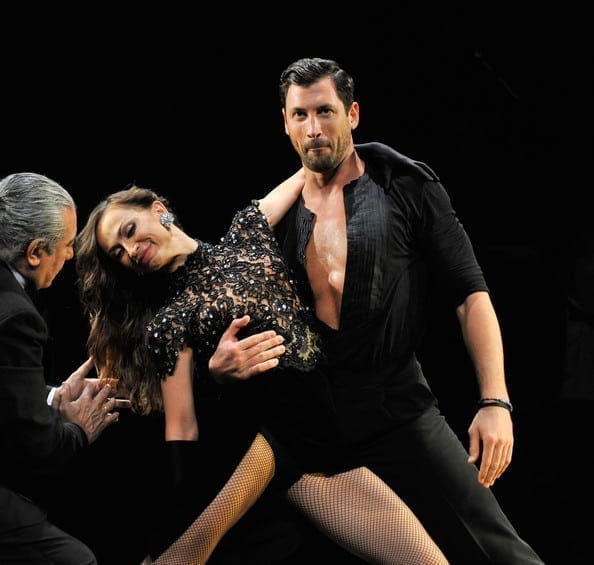 Stokes strutted his stuff, Monkey’s a lame bore, and Julian Po was a waste of time.  But Forever Tango dances with the stars!

Tony-winner Brian Stokes Mitchell opened The Town Hall’s ‘Starry Summer Nights Concert Series’ July 8 with his spectacular Simply Broadway concert to a rapturous, adoring audience.  In superb voice and accompanied by the dazzling jazz pianist Tedd Firth, heartthrob Mitchell worked his way through a set of fifteen class show tunes and two encores that ran the gamut from the Gershwin’s “It Ain’t Necessarily So” to Sondheim’s “Finishing the Hat.”  Purposefully avoiding songs from his two greatest triumphs, Ragtime and Kiss Me Kate, Mitchell took on roles as disparate as Lancelot in Camelot, Javert in Les Miserables, Tevye in Fiddler on the Roof, Fagin in Oliver, and Littlechap in Stop the World – I Want To Get Off (among many).  Between his polished, charming patter and his impeccable singing, Mitchell’s performance was just about perfect.

Many critics likened the tedious Chinese opera currently headlining at this year’s Lincoln Center Festival, Monkey: Journey to the West, to Cirque du Soleil in their reviews, but don’t be fooled.  Though there are some visually interesting sets, some juggling, some flying and some acrobatics, this Monkey is but a pale entertainment to anything Cirque du Soleil has ever produced and will bore even the most patient and forgiving aesthetes.  Based on a late 16th century Chinese folktale about a group of outcasts traveling to India seeking the Buddhist sacred scriptures, Monkey combines animated sequences with its martial arts and its meandering score.  It concludes this weekend and not a moment too soon.

My first outing to the New York Musical Theatre Festival (NYMF) this year was a musical endurance test entitled Julian Po.  Devoid of dramatic action or a compelling score, Po is a vanity piece by Ira Antelis (music) and Andrew Barrett (book & lyrics) that’s based on a 1997 screenplay by Alan Wade whose own source material is a Serbian novel.  In the film, which Wade also directed, Christian Slater played the title character.  In Antelis & Barrett’s musical version, Chad Kimball, a Tony-nominee for Memphis, plays Po, a mysterious drifter who arrives in a small town and announces he’s there to kill himself.  One by one, the towns’ denizens find themselves changed by Po’s presence and – of course – Po himself finds love and the will to live.  No doubt, Julian Po is intended to be a quirky blend of comedy and drama but, despite hiring a high-profile cast (including Malcolm Gets and Luba Mason), director Kristen Sanderson is saddled with really lousy material.  Additionally, for a musical (even a bare-bones festival production) Julian Po had some of the most out-of-tune singing I’ve heard in years – specifically from a quartet of musicians who functioned as a Greek chorus of sorts.  They’re playing was fine but their tentative, harmony-based singing was cringe inducing.  And, to be clear, this isn’t the case of a show just needing more time or more rehearsal.  The stupefying Julian Po never warranted being set to music in the first place.

Following stints in 1997 and 2004 Louis Bravo’s Forever Tango is back on the boards for the third time and it’s a treat for dance lovers despite some misgivings.  Forever Tango boasts 16 core dancers and a terrific 11-piece, bandoneon-based orchestra.  What makes this revival noteworthy from a pop culture standpoint is the presence of two ‘special guest stars’ (thru July 28), Ukrainian dancers Maksim Chmerkovskiy and Karina Smirnoff, stars of the Dancing with the Stars franchise.  Though they don’t employ the same serious, ‘pulled-in’ tango style of the regular company, ‘Maks’ and Karina dance with more physical abandon and sexiness, though both of them are extremely accomplished technicians.   At 6’2” the hunkalicious ‘Maks’ towers over the rest of the men in the cast and is utterly gorgeous to look at as he partners the equally beautiful Karina.